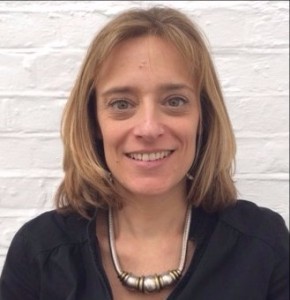 This week the spotlight is on two speakers whose participation is thanks to PANZ sponsors: Creative New Zealand’s Te Manu Ka Tau programme enables Diana Broccardo to be here while Education New Zealand’s sponsorship brings David O’Brien to our shores.

Diana Broccardo, a Profile Books Executive board member will be delivering the Key Note Session How an Independent Publisher Conquered the High Street and joining the panel for Channels to Export Markets: Which Should we Choose?

Diana manages the commercial departments of sales, marketing, publicity and art for Profile Books which includes Serpent’s Tail, acquired in 2007 and Third Millennium Information, acquired in 2015. She previously worked at Hodder and Stoughton, Faber & Faber and Orion Publishing.

Profile Books was founded on April fool’s Day in 1996 to publish stimulating non-fiction in a wide range of fields, including history, business and economics, science and biography, with a sprinkling of humour. A fiction list was added with the purchase of Serpent’s Tail in 2007.

Profile has three ambitions: publish great books, run a good business and have fun. It is one of the UK’s leading independents and won Independent Publisher of the Year in 2015.

Bestsellers over the years have included Eats, Shoots & Leaves by Lynne Truss (more than 3 million copies sold worldwide) and the New Scientist ‘Last Word’ series, which has sold over 2.5 million copies to date. Bestselling authors include Mary Beard, Alan Bennett, Simon Garfield, Francis Fukuyama, Simon Jenkins, and Atul Gawande. Profile is also proud to of its collaborations with The Economist, Wellcome Collection and Oxfam.

In 2007 Profile acquired Serpent’s Tail, a company that publishes highly distinctive award-winning international fiction such as Karen Joy Fowler’s Man Booker Prize shortlisted We Are All Completely Beside Ourselves and Orange Prize winner We Need To Talk About Kevin by Lionel Shriver and Adrian McKinty. David O’Brien, Vice President, Schools Division at Cengage Australia will be taking the Workshop Lessons and Trends from Australia and joining the Education New Zealand breakfast for educational publishers on Friday. David has spent the last 28 years in publishing having started his career in Chartered Accountancy. He was a CA for over 20 years (mostly concurrent with his publishing roles).

David is responsible for the revenue achievement and profitability of the School division (K-12, primary and secondary) in Australia. David oversees the development and application of strategic and business initiatives for the Schools division. He has direct responsibility over the publishing, marketing and sales functions for both Primary and Secondary.

David joined Cengage Learning in January 2008 as the General Manager of its School division. He was promoted to Vice President, School division in December 2010. Prior to joining Cengage, David held several chief executive positions: Managing Director of Harcourt Education (1999-2007), Managing Director of Thomson Information (1997-1999, based in Singapore) and CEO of a Thomson Legal company known as CPD – Centre for Professional Development (1988-1997).

From April 2008 to April 2012, David was a Director of the Australian Publishers Association. Over that time his involvement also included serving on the Schools Committee of the APA. He has been active in committee work and in submissions on behalf of the APA to government and government bodies particularly over issues of Parallel Importation, Copyright protection and the Book Industry Strategy Group.